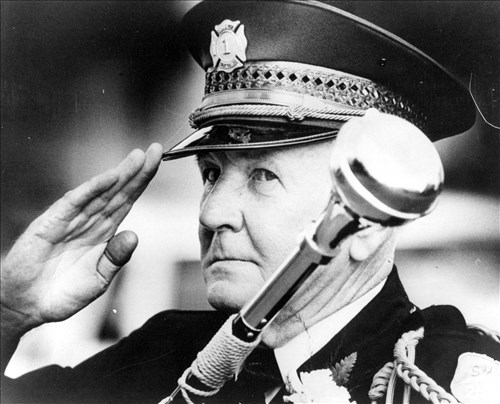 Captain John Dockery McDonald was born in Pine Bluff, Arkansas and graduated from Pine Bluff High School in 1938. He received his Bachelors Degree in Music from Northeastern State College in Tahlequah, Oklahoma in June 1942, and was named the college's Honor Award Student for 1941-42.

A decorated veteran of World War II and the Korean Conflict, Captain McDonald joined the Navy in June 1942 and reported for active duty in November 1942. He was commissioned as Ensign in the U.S. Naval Reserve in March 1943. After a brief tour of duty at Headquarters, Twelfth Naval District, he served in the Pacific Fleet as Commanding Officer of USS APC-35 and USS APC-30, and then served in the Atlantic Fleet as Executive Officer of USS SAPPHIRE (PYC-2) prior to being released from active duty on December 24th, 1945 with the rank of Lieutenant.

Between 1946 and 1950, ,he served as Director of Public School Music and Band Director in Tahlequah, Oklahoma and Pulaski, Tennessee. In 1948, he received his Masters Degree in Music from George Peabody College for Teachers in Nashville, Tennessee where he also served as an Instrumental Instructor and as Assistant Band Director.

As a result of the Korean Conflict, he was recalled to active duty in September 1950, and served aboard USSANDROMEDA (AKA-15) in the Pacific Theater. On September, 25, 1951, he reported as Assistant Officer in Charge, U.S. Naval School of Music, U.S. Naval Station Anacostia in Washington, D.C. Later promoted to Lieutenant Commander, he became the Officer in Charge of the School on November 20, 1952, a position he held until August 1956 when he became Head of the Navy Music Program in the Office of the Chief of Naval Personnel. In July of 1957, he was promoted to the rank of Commander.

In August 1961, he was transferred to Trinidad where he served as Executive Officer of the U.S. Naval Station until returning to the Bureau of Naval Personnel in July of 1963 where he served as eh director of officer services and Records Division. On July 15, 1964, Commander McDonald was designated the First Commanding Officer of the newly established Navy School of Music on board naval Amphibious Base, Little Creek in Norfolk, Virginia. On August 22, 1966, Commander McDonald was promoted to the rank of Captain, and later retired from active Naval service in 1968.

Captain McDonald's musical experience is vast and varied, having served in numerous teaching positions and performing as an instrumentalist with symphony orchestras of Arkansas, Oklahoma, and Nashville, in addition to touring with various dance bands throughout the South. A member of the American Bandmasters' Association and an Honorary Member of the College Band Directors Association, Captain McDonald was named Alumnus of the Year by his Alma Mater, Northeastern State University in 1988 and, as a separate honor, Northeastern's Student Member Chapter of MENC (Music Educators' national Conference) made him the first inductee into the Northeastern State University's Music Hall of Fame.

After Captain McDonald retired from the Navy he moved to Smyrna, Delaware, where he joined the Citizens' Hose Company Band in 1983 and served as the band director and drum major until 1991.

Captain McDonald was aquatinted with most of the major musicians in America. Among his friends was Paul Yoder, a world famous march composer and arranger. Captain McDonald asked Mr.Yoder to visit the Smyrna Fire House and direct the Citizens' Hose Company Band at a Sunday rehearsal in 1986. Mr.Yoder gladly accepted the invitation and was so impressed with the reception he received at the fire house that he agreed to write a march in honor of the occasion at the request of the Band Committee Chairman, Robert Merrill. The march he wrote entitled "I Love Old Smyrna" has become the theme song of the Citizens' Hose Company Band. 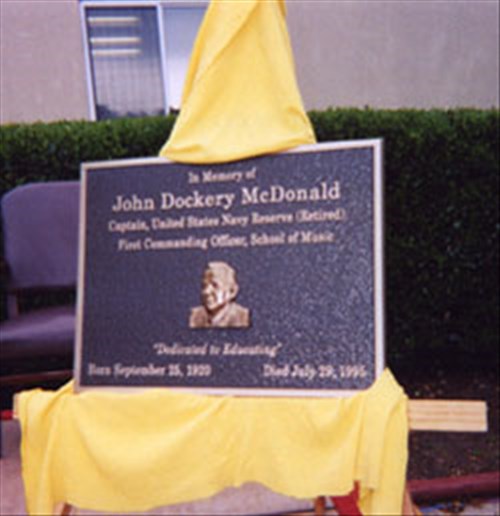 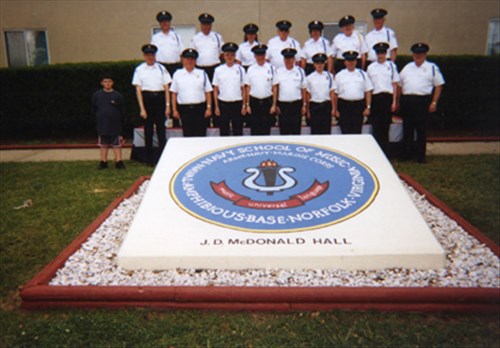 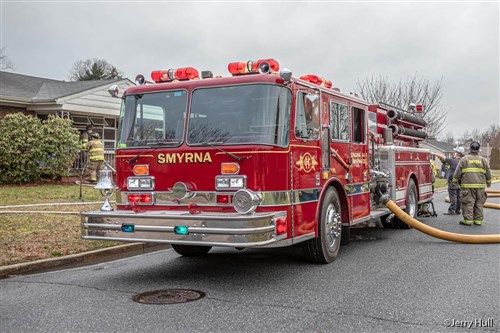