MVC with Rollover and Entrapment - Woodland Beach Road
Monday, May 28, 2007

Units were dispatched to the 1200 Block of Woodland Beach Rd for a reported MVC with a rollover and subjects trapped. Upon arrival units found a small 4 door car with heavy damage, and the driver trapped in the car. Crews utilized Hurst tools to remove the door to aid in removing the pt from the car. The pt was removed and packed for transport to CER by Trooper 4. Medics turned over the pt to T-4, but during transport T-4 returned to the scene and turned the pt back over to ground ALS and BLS due to him becoming combative. The pt was then transported to KGH via B-64 with M-66. Units were assisted by Medic 66, 65, B-64, T-4, and DSP. OIC was Capt. Isaac J. Willis.
The site of this accident was the scene of a similar MVC just one week prior. Both vehicle were unable to maneuver the sharp curve, and rolled over landing in the front yard of the same house. 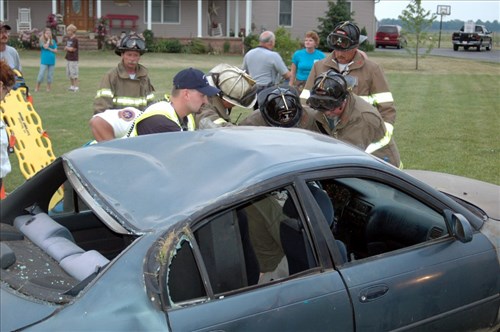 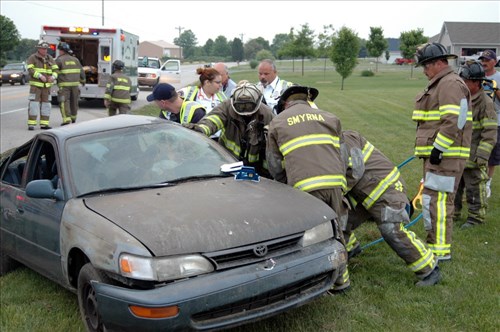 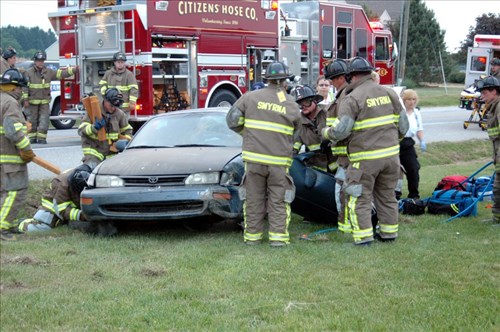 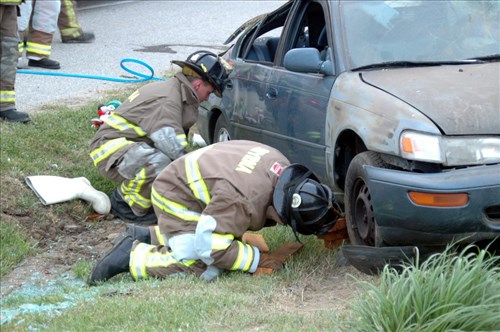 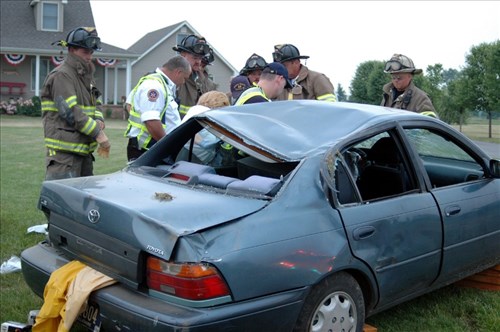 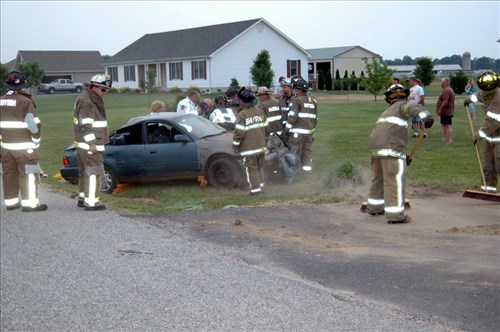 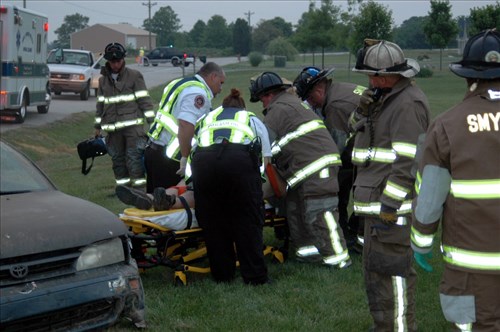 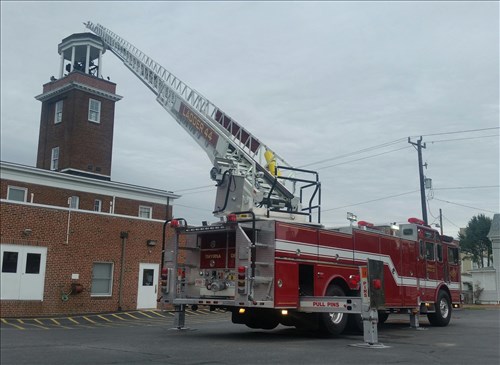